Film Festival Win and CBC “This is My Music”

So, things haven’t gone quite according to plan.  All our live summer festival performances didn’t happen and many future tours are either up in the air or postponed.  But we’ve been extremely fortunate to be able to keep making music together and have actually had some positive experiences since the Covid-19 pandemic began. 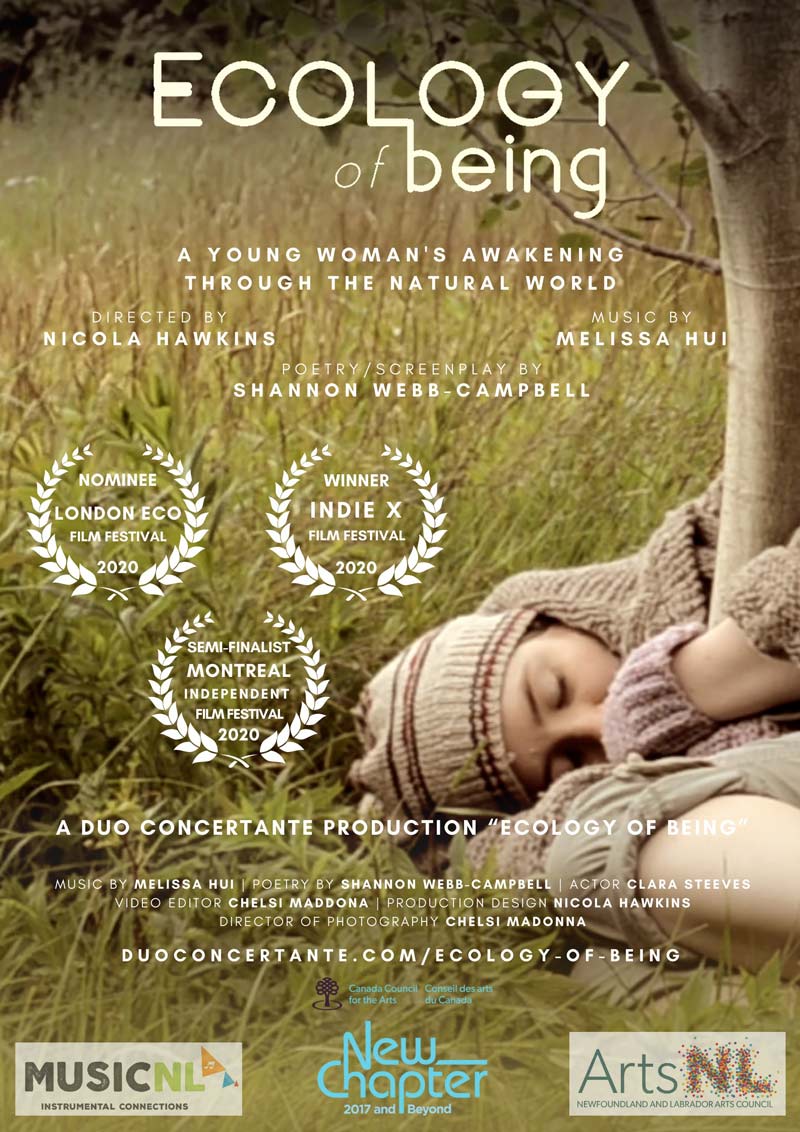 I guess the most special was being able to go ahead (sort of) with Ecology of Being, making video performances of all five-fabulous works (see our Ecology of Being tab to view), and premiering them all during the Tuckamore’s Festival 20th anniversary online season. On a personal level, the creation of the Melissa Hui’s work Ecology of Being, in which our daughter acted and our son shot the outdoor footage, was especially meaningful. This 20-minute piece grew into more of a short film than performance video. Directed by Nicola Hawkins, with poetry by Shannon-Webb Campbell, it has already been awarded Best Experimental Short and Best Original Score at the IndieX Film Fest in Los Angeles and officially selected for the Montreal Independent Film Festival.

We also were invited to guest host the CBC Music’s show This is My Music which was a lot of fun. On the show, we play the music that has inspired us and played a huge role in our lives, interspersed with stories of growing up in Nova Scotia (Nancy) and Saskatoon (Tim), the influence of our teachers, parents and children. Thank you to the many listeners who tuned in and wrote to let us know they enjoyed it. You can listen to it here anytime.

Fortunately, we’ve been able to keep playing concerts for a number of online series (Toronto’s Music Monday, Vancouver’s Silk Purse, Music at Memorial series) and very recently we performed the Mendelssohn Double Concerto with members of the Newfoundland Symphony on their first concert of the 2020-2021 season.

While it feels good to be able to keep making music in some capacity, our hearts go out to the thousands and thousands of freelancing musicians whose lives are in utter upheaval and despair with no end in sight. This is an extraordinarily challenging time, especially for those who play gigs exclusively. As we lean on music for support and comfortable, may we also lean in to support all those who bring the joy of music to our lives.